No cologne, no beard: Bizarre workplace bans across the world

Here’s more about that and other workplace bans across the world:

The Philippines’ labour department issued an order stating that women can no longer be forced to wear high heels at the workplace, citing health and safety issues. The ban was implemented from September 29. The issue gained steam when four women lodged a complaint to a labour union, showing proof of how constantly wearing high heels at the workplace, due to lack of choice, was affecting their health.

In a first of its kind ban, Japanese men had to do away with any sort of facial hair, be it full beards, goatees or designer stubbles. The announcement was made as part of the annual casual office dress rules.

3. Leaving a scent behind

This ban does not apply to all working class in Detroit. But holds true for all city employees there after someone fi led a federal lawsuit in 2008 complaining of ignored pleas of a co-worker’s perfume affecting her breathing. The employee went on to win a $1,00,000 settlement. This made Detroit urge all its employees to not wear perfume, cologne or aftershave. Officials even placed placards in three city buildings deterring employees from using scented products like perfumes, lotions, candles or air fresheners in the premises.

British Columbia also passed a law against mandatory high heels for women in the workplace in April this year. Deeming it unsafe and injurious to health, Shirley Bond, the minister of jobs, tourism and and labour supported the ban. 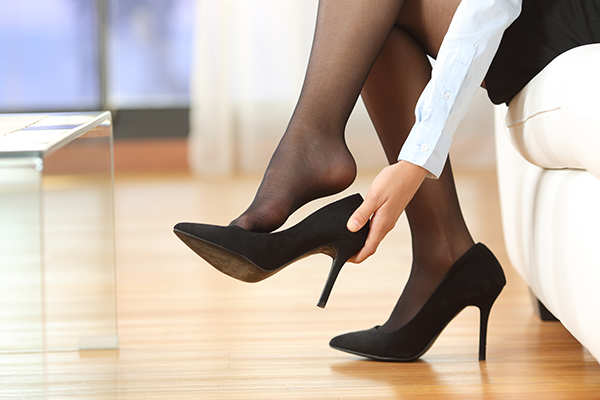 What prompted this change was a picture of a Canadian woman’s bloody feet that went viral. The woman worked at a restaurant and was not allowed to change into flats.
Read more on
philippines
workplace rules
workplace bans
Comments
Add Your Comments
Commenting feature is disabled in your country/region.