While the actual amount remains undisclosed, the money will be used to display Indian art at the New York institution over the next few years.

By
Masoom Gupte
, ET Bureau|
Last Updated: Oct 13, 2017, 08.53 AM IST
0Comments
Visitors to the Metropolitan Museum of Art in New York can hope to catch some landmark Indian exhibits over the next few years. Earlier this week, The Met announced that this is being made possible by a "generous gift" from the Reliance Foundation.

The philanthropic arm of Reliance Industries, headed by Nita Ambani, will support a range of exhibitions "examining the accomplishments and influence of the arts and artists of India across time and media" at the museum over the next few years.

The first beneficiary of this gift is a retrospective of Raghubir Singh's photographs, titled 'Modernism on the Ganges', which opened on October 11. Subsequent exhibits will focus on Buddhist and Mughal era art and contemporary Indian sculpture. 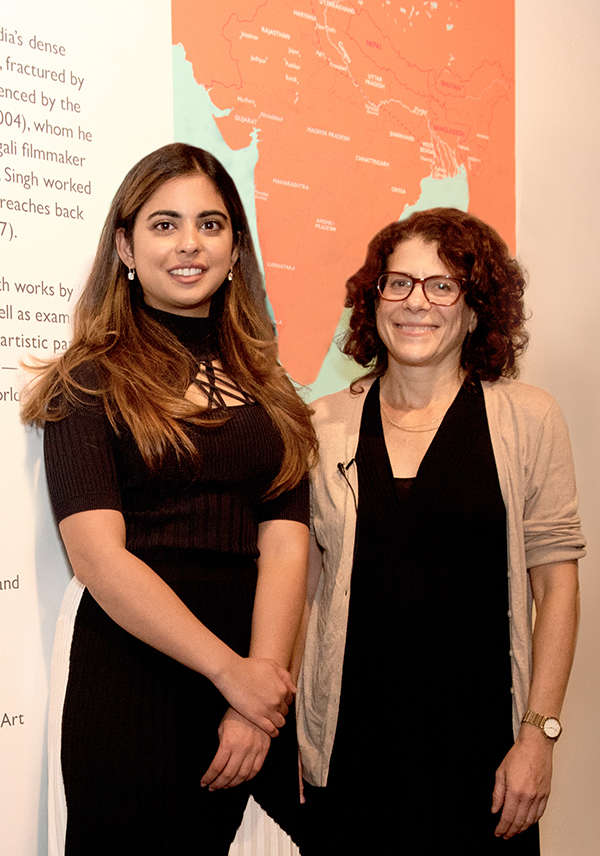 Isha Ambani with Mia Fineman, curator of the Raghubir Singh exhibit, at The Met.

"This partnership with The Met enables Indian art to be shown at an iconic institution and further encourages us to continue our work in the art world," Ambani said.

"We are truly delighted to be a part of this long-term collaboration. We believe it will prove to be a wonderful partnership for learning and sharing that will go a long way for art in India," she added.

The gift amount has not been disclosed by the museum. It will depend on the final decision on the exhibits being planned over the next four-five years by the Met curators.

In the past, the foundation has supported key exhibitions in the US like the Pichhvai exhibition at Art Institute of Chicago and a Nasreen Mohamedi retrospective at the Met Breuer.
Read more on
ambani
nita ambani
reliance foundation
new york
nasreen mohamedi
reliance industries
metropolitan museum of art
isha ambani
the met
mia fineman

Mukesh Ambani is going on a cash hunt in lockdown

Can Facebook and Mukesh Ambani be really happy together?