This woman is redefining flair bartending in India!

After college, law was originally on Ami Shroff's mind, a course she actually enrolled for, before giving it up for her real passion - bartending.

Last Updated: Apr 18, 2017, 10.30 AM IST
0Comments
Ylva Binder, founder of Rhuby, an all-natural rhubarb liqueur from Sweden, has been on a mission fighting cancer. She has been organising an all-women bartending contest annually since 2011, called Pink your Drink. This year, Binder was keen to invite an entry from India and she didn't have to look beyond Ami Shroff's entry which combined Chamomile and cassandrum tea, fresh Pomegranate & orange juice, and Rhuby liqueur, to know that she had made the right choice. And before you knew it, Shroff was on a flight to Stockholm to represent India in the global finals, one of only 8 women bartenders from around the globe.

Something which Shroff possibly did not foresee when back in 2003 she was studying Philosophy and Political Science in Mumbai's Jai Hind College. Keen to make some pocket money, she, along with close friend Delnaaz Irani, began working part-time in events and promotions. It was then that she first met Ankit Negandhi, a well-known flair bartender and now proprietor of Barwings in Mumbai. A flair bartender is one who combines his/her bartending skills along with a gift for performance, which could vary anywhere from the way in which someone holds a shaker or mixes a drink to juggling bottles and cans or even bottles on fire.

Fascinated by the art of flair bartending, she persuaded Negandhi to teach her more about flair, and on a later trip to Goa picked up more from Shawn D'Souza, another top Indian flair bartender. Flair drew her into the world of bartending and she soon began to learning more about spirits and cocktails, which then led to a summer bartending, gig at Enigma, which was then, the nightclub at Mumbai's JW Marriott and one of the centres of nightlife in Mumbai. This was again along with Delnaaz. Inseparable while at college, they soon turned their attention from being on the college's handball and football teams to teaming up at Enigma. It made them good money, and more importantly put them in touch with a lot of prospective clients who were keen to hire the duo for bartending gigs at private events.

Shroff's parents were initially worried about her interest in bartending but overall supportive of her interest and passion. Something she wishes is an attitude that more parents should have, "We still live in a patriarchal society in India and there are so many stereotypes for women to fight against, which makes it very hard for more women to take up bartending as a profession", she says.

Combine this with the long hours which the hospitality industry expects you to put in, leaves women taking this career choice with very little of a personal life. An important reason for her deciding to stay freelance after she left college. 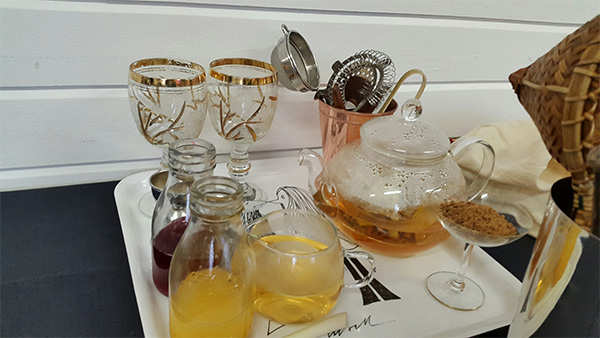 Shroff is keen to see more women enter the world of bartending and she is especially appreciative of the support she received from other bartenders when she began her career, and something which she wishes will also be extended from bars and hotels as well as male bartenders to women who have begun taking fledgling steps in this profession.

In the West it's quite common to see women behind the bar, and many such bartenders have also gone on to global roles with beverage companies as brand ambassadors, a role which companies in India have also started creating for talented women, thus giving more career opportunities to women entering the bar.

Life as a freelancer has ensured that there's never been a dull moment for her, a fact which is driven home to me when she tells me that the reason for the poor signal on our phone conversation is because she's on a beach in Orissa where she's visiting for a performance she's about to give at a surfing championship! She has recently however changed gears, and again in a rare first for a woman in India, will be overseeing the bar operations at London Taxi, a gastropub opening in Mumbai towards the end of May.

Shroff is tremendously appreciative of Pink Your Drink, the competition she's just attended. It was amazing; she says to see a small brand like Rhuby organise a global competition like this. Competitions like this as well as an earlier one she won in India, La Maison Cointreau (2014), again organised for female bartending talent have helped her grow as a professional and put her on a much stronger footing when it comes to dealing either with clients or guests at parties. 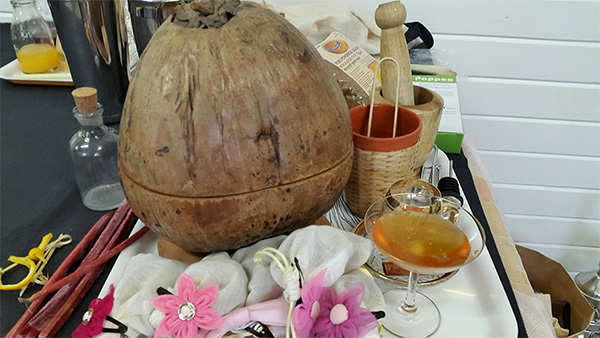 One of the unique creations by Shroff. (Image: Agencies)

After college, law was originally on Ami's mind, a course she actually enrolled for, before realising that she would prefer to follow her passion which was a toss-up between adventure sports and bartending. She still harbours thoughts of in some way trying to bring together adventure sports with flair bartending, which could definitely make for a hair-raising spectacle whenever she gets this together. Until then… Surf's Up and it's time for Ami Shroff to crest another wave!
Read more on
Ami Shroff
bars
women bartenders
Bartending
delnaaz irani
ylva binder

Have a signature cocktail, know the correct vocabulary: Here's how to double-hat as a bartender this International Men's Day

London falling for whisky: Bartenders and distillers on full swing

Wonder what your drink will tell the bartender? Here’s a list

Glenfiddich World’s Most Experimental Bartender: Experimentation and experience at its best