D-Link ready to take advantage of data boom in India

The networking products industry is growing at 58%, and experts believe that the trend is likely to continue for the next five years.

By
Jwalit Vyas
, ET Bureau|
Updated: Aug 21, 2014, 04.36 AM IST
0Comments
D-Link India, seller of networking items such as routers, switches and wireless products, seems to be ideally placed to take advantage of the boom in the networking and internet space. With more people using internet connections and smartphones, the demand for networking products is on the rise.

“Going ahead, India is expected to witness a data boom similar to the voice boom in 2008,” says Karan Mittal of ICICI Direct. The networking products industry is growing at 58 per cent, and experts believe that the trend is likely to continue for the next five years.

According to an industry report, number of internet connections is expected to reach 46.3 crore in 2018 from 17.4 crore at present. After the new government assumed power, D-Link's management has expressed confidence that the networking industry will continue to grow at a robust pace on the back of increasing broadband penetration, higher enterprise spending and further rollout of 3G and 4G.

The government aims to set up a National Optic Fibre network at the village level and establish Wi-Fi in public zones. With an over 35 per cent market share, which is rising, and a strong channel network pan-India, D-Link India is poised to benefit from this.

The strong growth in the network industry is reflected in D-Link India’s financials: its sales have grown 55 per cent CAGR in the last three years to Rs 486 crore, and its net profit at 59 per cent CAGR to Rs 13.5 crore. The margins are low as D-Link is primarily a trading company: it imports products from its Taiwan-based parent D-Link and sells them in India. For such companies, investors should look at the return ratios. Its return on equity has improved from 5 per cent in FY11 to 14.5 per cent in FY14.

In January this year, D-Link India acquired an embedded software company TeamF1, which provides networking and security software for embedded devices. This could lead to higher profit margins for the company in coming years. “D-Link has enormous hardware strengths and coupled with the software capabilities of TeamF1, the India operations will enter another level -- from that of a marketing company to a product plus technology company,” said a company spokesperson.

The appreciation of the rupee is another positive for the company as it primarily imports products from its parent. In the past, it had witnessed a net profit margin of as high as 5 per cent compared with 2.8 per cent this year. Its stock has got re-rated and appreciated significantly over the past few months due to the new government’s focus on extensive use of technology for improving connectivity at the pan-India level. However, given the huge growth potential and a possible rise in the margins , there's still a strong upside potential from here.

At the current market price of Rs 96, the company is trading at 15 times its FY15 earnings and 10 times its FY16 earnings. 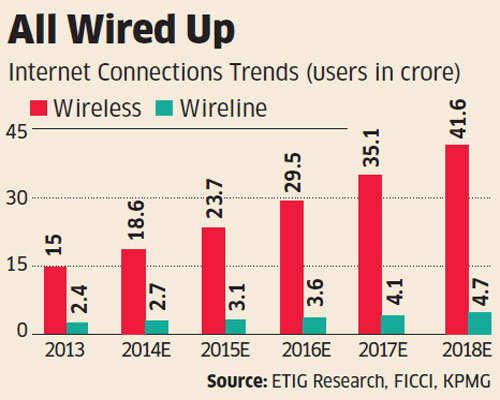 Why You Invest the Way You Do: The Science Behind the Art of Investing
Read more on
Rupee
market share
M&A
CAGR
Karan Mittal