There is a lot of power in Tamil cinema because of its closeness to everyday life: Anand Pandian, author, Reel World

"In any context, people tend to make very creative use of the material they have at hand to make sense of their lives."

By
G Seetharaman
, ET Bureau|
Feb 28, 2016, 06.52 AM IST
0Comments
In Anand Pandian’s book Reel World: On Location in Kollywood, you find that Tamil filmmaker Mysskin, who has taken his name from the protagonist of Fyodor Dostoevsky’s novel The Idiot, has posters of Akira Kurosawa and Takeshi Kitano in his office; and editor Anthony can’t stop talking about a rapidly cut scene in Guy Ritchie’s Snatch.

In the book, Pandian, an associate professor of anthropology at Johns Hopkins University, US, captures the varied inspirations and frustrations of directors, editors, production designers and others involved in filmmaking. The book is a welcome addition to the pitiably thin list of literature on contemporary Indian cinema and more so because the resurgence in Tamil cinema, which began with Paruthiveeran (2007) and Subramaniapuram (2008), is no flash in the pan, as proved by last year’s Kaaka Muttai and the recently released Visaranai. Pandian spoke on the phone with ET Magazine about masculinity in Tamil nativity movies and why films are such a crucial part of the domestic discourse in Tamil Nadu. Edited excerpts:

Was your objective just to chronicle the creation of movies through the eyes of the different people involved in making them?

The purpose of this book is to try to document the nature of the creative process and to show that it is more complicated than we think it is. When we think of artists or creators of any kind, we tend to think someone has a really good idea and then they overcome a lot of adversities to give it some concrete shape, but the process is much more fluid and open to influences in the environment in which it unfolds. So the purpose of the book is to show the way that those environmental forces, unintended consequences and unpredictable circumstances come together to make something like cinema.

As an anthropologist, were you able to glean any insights into why cinema is such an integral part of everyday conversations in Tamil Nadu?

In any context, people tend to make very creative use of the material they have at hand to make sense of their lives. When scholars write about films, they write as if everything about a film comes down to the central storyline, but a film is much more than that. It is an intense and intricate experience. Since films exert a sensory power — with sound, music, interesting visuals — they tend to remain in our minds and have a strong pull on our imagination. When someone has some kind of an experience in a particular situation, a fragment of a film may come to mind as an echo of that moment. That is the power of cinema.

All of this is made much more relevant in the context of Tamil cinema because of the emergence of nativity films in the 1980s when filmmakers took the camera to the countryside and became interested in telling stories of ordinary people speaking a vernacular language. The distance between ordinary life and what you see in cinema became much less. I think the recourse to film depends on whether you see a reflection of your life onscreen. It is much more in the case of Tamil cinema than in films in other Indian languages because of the turn to the rural and the ordinary.

There is a school of thought that believes most filmmakers are at their strongest when they make films set in milieus they know best. Do you subscribe to that?

It is important to expand our sense of what it means to know a milieu well. Cinema has borrowed a lot from fiction and modern fiction has inherited a lot from cinema. When we speak of what filmmakers may know best, we shouldn’t simply be thinking about where they are from; we should also think about what they are reading, what kind of stories they are immersed in. Many filmmakers are eclectic. Someone like Mysskin, for instance, says he has learned more about filmmaking from Gabriel García Márquez than Alfred Hitchcock. 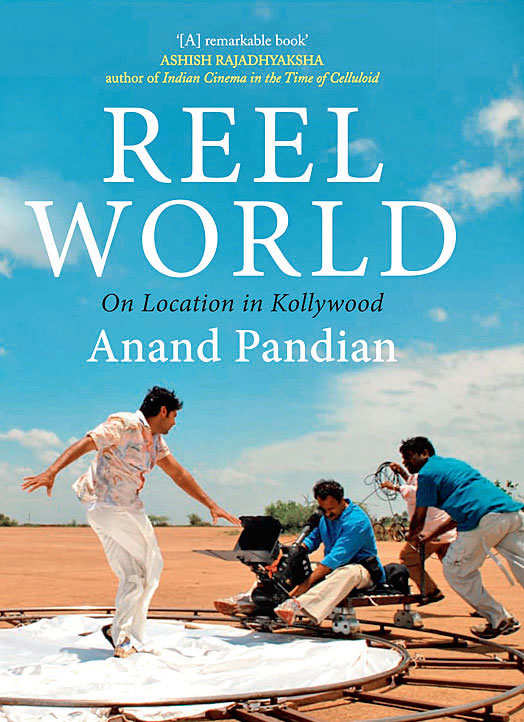 For all their merits, one of the complaints against the nativity films is their unabashed masculinity. Some say it is nothing more than a reflection of the patriarchal rural societies they depict. Is there merit in that argument?

I certainly wouldn’t see it that way. It is very easy to fall back on the idea that we find the most objectionable tendencies against women rooted in villages. But actually, in situations of economic dynamism where women are beginning to earn higher wages, they see a greater deal of gender violence. Having said that, these films are commercial films and the filmmakers do have a sense of what their audience may expect. When we speak of Indian cinema, it is an industry where a big chunk of its revenues comes from ticket sales and the filmgoing audience is dominated by young men. That affects to a great extent the gender dynamics onscreen.

Cinema and politics have had an inextricable link in Tamil Nadu. Did you ever try to explore the basis for that relationship?

That wasn’t something I tried to figure out in this book. A vast majority of writings on Tamil cinema has been focused on that subject — politics and cinema. But I will say that with cinema, like with any form of human imagination, the closer it gets to people’s aspirations and how they desire to live, the more powerful it will be. There is a lot of power in Tamil cinema because of its closeness to everyday life. There is a lot of power because it has been able to tap into different streams of everyday experience. Politicians have been able to take advantage of it. For instance, when you have a character that looks very similar to a voting base, then you turn that character into a rallying symbol for that voting base.
Read more on
Women
environment
Sunday ET
Johns Hopkins
Akira Kurosawa
Takeshi Kitano
Anand Pandian
Comments
Add Your Comments
Commenting feature is disabled in your country/region.