Guardians of the Internet: An inside view from Microsoft's Digital Crimes Unit

Microsoft's Delhi facility is the 7th such operation across the world for the Redmond giant and is increasingly playing a vital role in cyber security.

In an unmarked building in central Delhi, a group of techies are fixated on their screens as a set of numbers and heat maps keeps them interested. "Some of the data pertain to IP addresses of infected computers. We may have taken out the main server of a botnet, but millions of computers may still be infected by the malware. The users do not know of the infection and hence the computers continue to transmit information. However, since we have taken out the malicious server, the information is not being received by anyone," says one of them. Other data relate to attempts of unauthorized data access, device login attempts, attacks of various kinds and spam alerts.

This can be a standard for any company in the cyber security business around the world, but what is not known to many is the fact that technology giant Microsoft runs an elite cyber security center in the heart of Delhi. Named the Microsoft Digital Crimes Unit (DCU), the Delhi facility is only the seventh such operation across the world for the Redmond giant and is increasingly playing a vital role in world of cyber security.

"If you go back 15-20 years when digital technology was slowly finding a place in people's home, most of the attackers and hackers would predominantly do it for fun or mischief. This has spread very rapidly as technology started touching every aspect of our life, especially with the advent of the mobile phone. With access to financial data, you now have money involved in it," says Vineet Durani, Director, Windows & Surface Business, Microsoft India Ltd.

Durani adds that this has gone a step further, where you have nation-states, terror groups and activists leading organised efforts to spread chaos and damage reputations besides trying to obtain information and intelligence. "Today, cyber attacks are on a completely different scale, and it has become very hard for companies and countries to handle such an environment," says Durani. 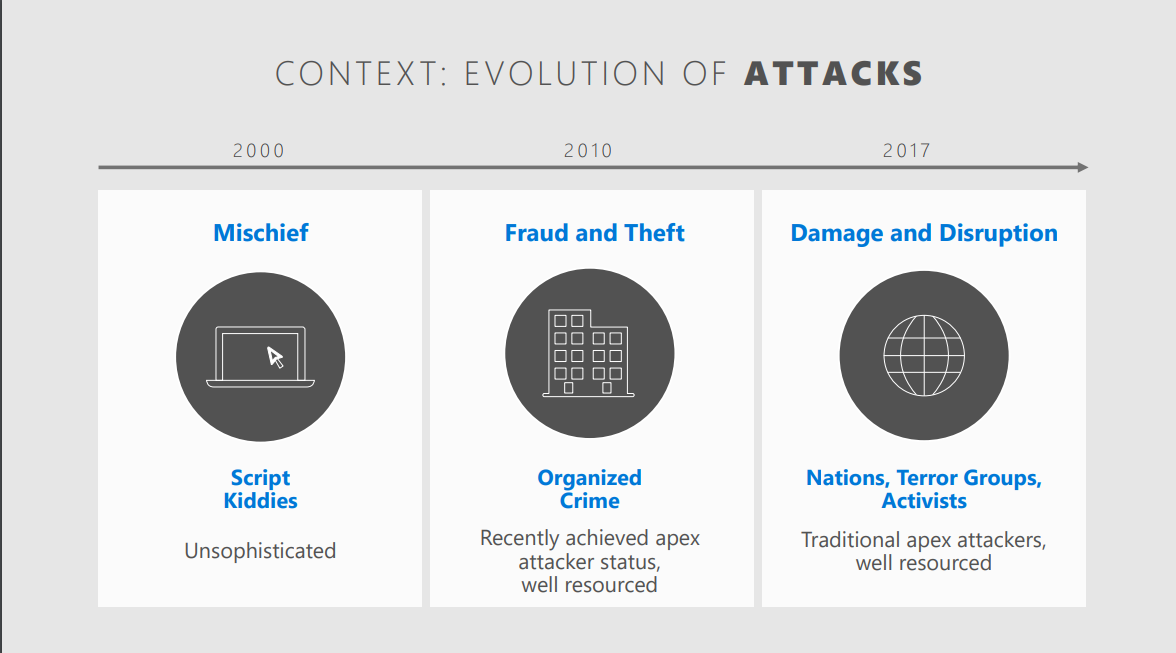 Given the huge development in the digital space, it is equally important to put in place adequate safeguards, and Microsoft has realized this. With millions of devices across the world having some exposure or the other to a Microsoft service, the technology major is ramping up investments and efforts to make the Internet a safer place.

"We have a unique approach that drives our security. The first is the platform and the investment we have made in the area of cloud computing. All our products have security built in by default. Security is a very core part of our development process. We spend about a billion dollars on R&D on security and this technically makes us the biggest security company in the world. You know there are folks on the other side of the table who are trying to get into your network and devices. You need to have the ability to be a few steps ahead, which means massive amounts of intelligence," says Durani.


For Microsoft, information and intelligence is not a problem. Making sense of it does, however, pose a challenge. Every month, Microsoft analyses over 450 billion authentications, scans 400 billion emails for malware and phishing, and updates one billion Windows devices from across the world. Microsoft says this strengthens security in the Microsoft products, as well as the ability to detect threats earlier and respond faster with security analytics that identify suspicious patterns through machine learning and human intelligence. "We take all these signals, use machine learning and build correlation models to understand behaviour and patterns to identify suspicious behaviour in a particular set of devices," says Durani.

This assumes significance because, according to Microsoft, an attacker is present in a network for 200 median number of days before a victim detects it. 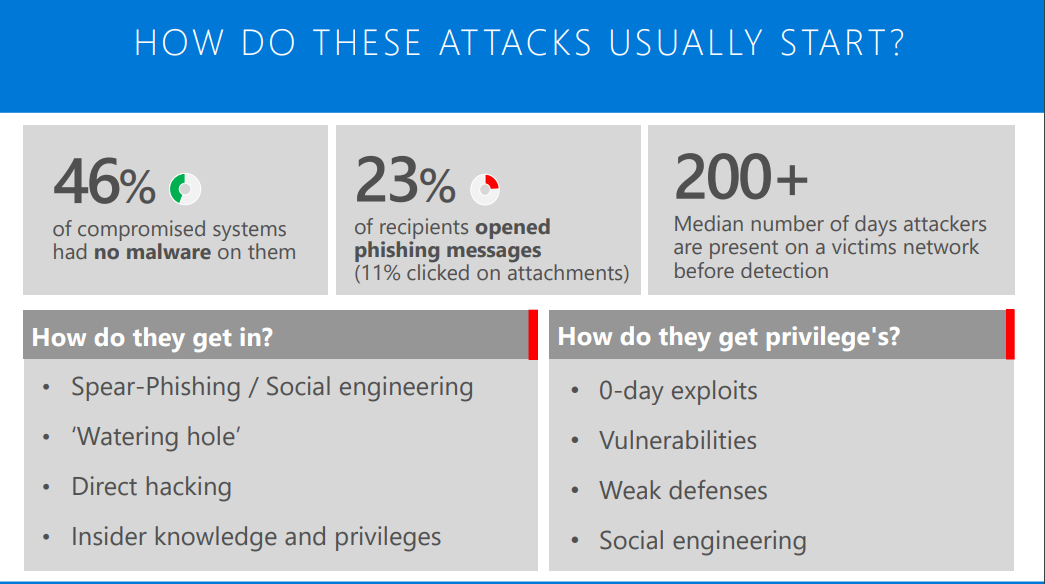 Not just prevention
Somewhere down the line Microsoft has realized that prevention cannot be the sole response to a cyber threat. They needed to go after the perpetrators. Building alliances and partnerships with the larger ecosystem has become the key and the Digital Crimes Unit does just that.
"We see security today as part of our development lifecycle and that is where we started looking at partners in governments, industry, academia and every organisation that can work with us in fighting cyber crime," says Meenu Chandra. Director IP/Digital Crimes Unit, Microsoft India Ltd.

DCU is one of the focal points which form partnerships to go after the criminals. The response to a cyber crime is to first mitigate the damage, but once that is done, it is important to bring the attackers to justice.

"These are organized criminals and syndicates and that is where you need big partners. We have forged a lot of partnerships like an FS-ISAC, where 200 banks share information with Microsoft about the threats their infrastructure is facing. Due to such partnerships we have effectively taken down botnets like Citadel and Ramnit which were stealing $50 million worth of records. We also partner with governments. Over the last six years, we have been able to gather a lot of information around botnets, which we then share with other governments of various countries," says Chandra.

Citadel involved cyber threat intelligence data of over two years that needed to be deciphered. It took two to four years of efforts for Microsoft and its partners to zero in on the command and control server, which was across multiple locations, and take it down.

"For Citadel, 80 organisations across the world partnered to bring it down. It is a humongous task and takes a lot of time," says Chandra.

Cat and Mouse
It is a cat-and-mouse game between the criminals and their trackers. If you are connected to the Internet, you can be hacked.

"You cannot think of security in a passive way. One assumption you have to make is that someone is already in your system-listening, snooping and waiting for your vulnerabilities to be exploited. We now need to design our IT infrastructure on this principle. If you fear intrusion in your house, you put up walls, locks and cameras to guard yourself. However, if I tell you there is someone already in your house, your response and design of security would be very different," says Durani.

You may still put the locks and the walls, but first you must take remedial steps to locate and then evict the person from your house. Although still in its early days, DCU in India is proving to be pivotal in recognizing and identifying threats that can affect a network. "It is not the case where this is a final war and you win it and you can rest. You have to be constantly at it," says Durani.

The proliferation of digital and mobile has meant the opportunities are massive for cyber criminals. It is similar to the physical world where you will find crimes happening, where there is a chance of benefitting from it. Units like DCU in India are working to stem the tide.

"As in the physical world, the crimes are the same, motivation is the same, but the medium has become different. Countries have come up with various laws, but a lot more needs to be done," says Chandra.
Read more on
Cybersecurity
DCU
Microsoft India Ltd
Microsoft

Microsoft opens R&D center in Noida, its third in India