The US in July had dragged India to the WTO by filing a complaint against New Delhi's move to increase customs duties, alleging the decision as inconsistent with the global trade norms. According to a communication of the Geneva-based WTO, the dispute settlement body has established a panel "to examine the matter referred by the US".

“We need a clear definition of toys because being an MSME product, there is a huge variety which hinders the government from putting checks on its imports,” said an official. The toy industry in India is primarily in the unorganised sector, comprising around 4,000 micro, small and medium enterprises (MSMEs).

Questions for 2020: Can Economy recover from slowdown?

The expert view, as borne out by rapid dialling down of forecasts, is that consumption will remain tepid with concerns over the economy, low rise in incomes, rural stress, and lack of credit dragging down demand. In short, the economy may pick up from the lows, but just about.

Additional 2% export benefits to end Dec 31; Government yet to give roadmap for garments, madeups

The additional 2% benefits under MEIS were announced in August to help exporters who had claimed that delayed Goods and Services Tax (GST) refunds were hurting business. With the additional benefits gone, the original incentive of 2%, 3% and 5% would remain till the time RoDTEP comes in place.

When the Nirmala Sitharaman-led Ministry of Commerce and Industry took almost a year in office to introduce the new Foreign Trade Policy (FTP) in 2015, there were expectations that it would usher in a new era in India's trade.

View: Despite doubts, there’s enough proof to conclude that foreign trade is good for poor

Exports fell by 1.11% to $26.38 bn in October on account of contraction in sectors like petroleum and leather.

View: Why we need not fear bilateral trade deficits when negotiating trade agreements like RCEP

As long as a country holds its overall exports and imports in balance and does not borrow abroad to finance its imports, it has nothing to worry about. If it has to borrow large amounts in relation to its export earnings to finance its imports year after year, it runs the risk of losing its credit in international markets, as we indeed did in 1991.

No one nation is able to reproduce the kind of success China enjoyed in transforming its economy.

SEIS ambit may be widened; sops likely for animation, VFX

Launched in 2015, Service Exports from India Scheme is an incentive scheme that offers reward at 5% or 7% of net foreign exchange earned and covers service providers located in India.

India gained $755 million in additional exports to US due to US-China trade war: UNCTAD

The study puts the trade diversion effects of the US-China tariff war for the first half of 2019 at about $21 billion, implying that the amount of net trade losses of $14 billion. It shows that the trade war has resulted in a sharp decline in bilateral trade, increased imports from countries not directly involved in the trade war.

View: Exports are committee-and ministry-proof, and past surges anticipated by neither

GDP numbers are interlinked to export growth, and India needs to improve both numbers.

India decides to opt out of RCEP, says key concerns not addressed

Key issues include inadequate protection against import surge and insufficient differential with China.

India has made ‘no last-minute demands’ on RCEP: Govt sources

The Indian position, sources said, has remained consistent and at no point has there been any effort to shift goalposts so as to undermine or scuttle the larger process. New Delhi had already made its proposals much earlier in view of the concerns raised by various domestic stakeholders.

It will rank them on some key parameters such as business environment, infrastructure, transport connectivity, access to finance, export infrastructure and trade support. Besides overall ranking, it will also be there for coastal states, landlocked states and hilly states. Both Niti Aayog and commerce ministry is working on this index.

5 Mistakes to avoid while applying for a gold loan

Gold loans are easily available and widely advertised today, it is easy to falter while applying for one. Here are top five mistakes to avoid while making a gold loan application. 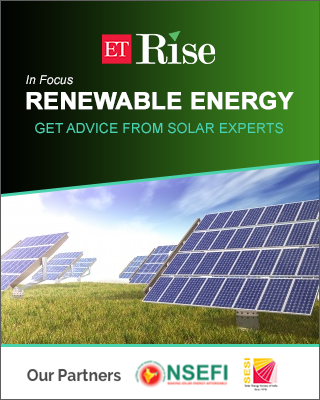