Rely on experts if buying real estate in another city

Planning to buy residential real estate in cities other than your own? Investigate the reliability of the developer before investing.

Take the instance of Mumbai and Pune. As Kishor Pate, Chairman and Managing Director of Amit Enterprises Housing explains, “Property prices have remained flat in Mumbai over the last three years, whereas in neighbouring Pune, prices have grown by 15 to 18% in emerging areas and rental demand is also very high.” This has led to avid buyer interest.

However, unfamiliarity with another city’s real estate market can be a drawback as Mumbai resident and IT professional Vinayak Gawade realised two years ago. Thirty one year-old Gawade invested in an under-construction property in Pune, hoping to earn rental income from it. He paid Rs 25 lakh and the developer promised possession by June 2016. However, what Gawade did not know at that point was that the project had stalled over a land dispute. He depended on recommendation of friends and relatives when investing, and that was clearly not enough. He now visits Pune every now and then to check on progress of construction, an expense and effort he had not foreseen. “The risk of investing in another city has not paid off. Construction is still on as the builder got all the clearances only last year,” he says. Not only is he not earning anything from the property, he is servicing a housing loan EMI of Rs 8,000. 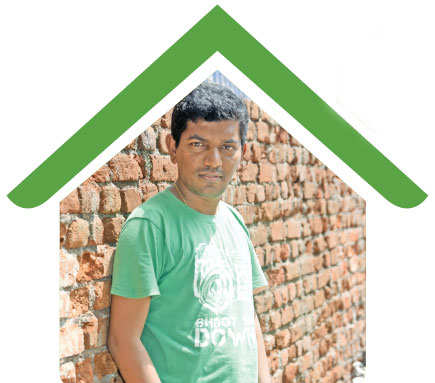 In Pic: Vinayak Gawade, Mumbai
Where he went wrong
Bought an under-construction flat for Rs 25 lakh in Pune in 2014 in the hope of earning rental income from it. Though promised possession in June 2016, construction is still not complete as builder got necessary clearances only last year. In the meantime, Gawade continues to service a home loan EMI of Rs 8,000.

Hyderabad-based IT professional Vipul Mistry, 44, also learnt a hard lesson. Last year, he invested in a flat in Surat, worth Rs 19.5 lakh. He paid Rs 8 lakh from his savings and applied for a bank loan for the remaining amount. However, the bank rejected his loan application as there were legal cases pending against the project developer. It took Mistry eight long months to get a loan sanctioned. His fault lay in not doing enough research while investing and depending on word of mouth alone. 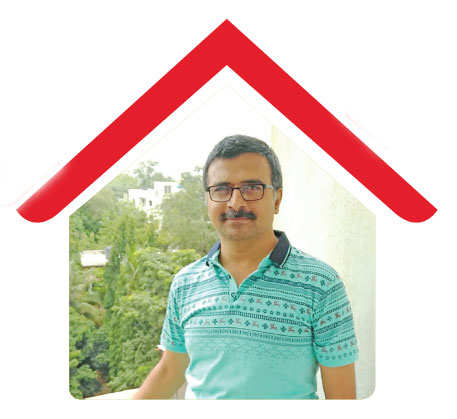 In Pic: Vipul Mistry, Hyderabad
Where he went wrong
Invested in a flat worth Rs 19.5 lakh in Surat. Paid the down payment of Rs 8 lakh from his savings. Bank rejected his home loan application for the remaining amount as builder had legal cases pending against him. It took him nearly eight months to get a loan approved.

So, how should investors go about buying residential real estate in cities other than their own? “Investigate the reliability of the developer before investing,” says Pate. Though the Real Estate Regulation Bill will eventually weed out fly-by-night operators, many unscrupulous developers are still extremely active in emerging cities. Many of them do not have necessary clearances for their projects or even clear ownership of plots. They also engage in shoddy construction, and often lack the capital to see projects to timely completion. They tend to attract buyers with lower prices and huge discounts. It’s best to hire a lawyer to check the legal veracity of a project. Apart from land title and clearances, watch out for construction quality of the developer’s Rely on experts if buying real estate in another city past projects. Feedback from end-users in past projects should also be taken.

According to Fali Poncha, Director, Residential and Land (Mumbai), Knight Frank India, understanding laws and regulations regarding property ownership and taxes in a place where you don’t live is a major challenge. Though there are several real estate portals that offer information on cities, projects, brokers, prevailing rates as well as specific laws, it’s not the same as investing in the same city where we live. Santhosh Kumar, CEO Operations and International Director of JLL India, says, “The best way to navigate the information gaps is to deal with a reputable property advisory to identify and close a good deal, as this gives the investor a representative on the ground to tackle all aspects.”

Once you have bought the property, there is the question of maintenance. Here too, it’s best to avail the services of a facilities management firm.

Will you consider buying in another city?
Yes: 35.9% will buy if the deal is good
No: 48.8% will only buy in own city
Undecided: 15.3%
Read more on
real estate
Residential real estate
RENTAL INCOME
real estate developer
buying a house

Will Indian real estate bounce back in 2020?